Is Your’s a Wonderful Life?

This Christmas we started a new tradition–watching the movie It’s a Wonderful Life. A classic.

I cried throughout. Despite the positive title, it revolves around situations, people, and events that keep George Bailey from the life he’s always dreamed of. And to top it off, a seemingly impossible crisis finds George a very desperate man.

Many people have been there, or will be some day. What makes life worth living? And how can we follow our dreams?

Here are two key factors:  God and being intentional.

I believe God makes life worth living because he gives me unconditional love, forgiveness, true freedom, purpose, and a hope for the future. And in turn, I can share those with others. Do we really have those things without God?

We can’t always plan how our lives are going to go. Look at George Bailey:  Nothing seemed to be turning out the way he wished, but he was a happy man in the end. At the same time, the dreams we have for our lives won’t happen unless we are intentional with how we live. For example, say you want to be a famous painter, but you spend every spare minute watching TV. A few years later, those hours watching TV haven’t brought you a single step closer to being that famous painter. (You might be able to tell I’ve been reading Quitter, by Jon Acuff)

So. New Year’s Day, I will be working my way through Michael Hyatt‘s Creating Your Personal Life Plan. That is my first step toward being intentional with my life.

What’s your plan for New Year’s Day….or your life?

I mentioned in an earlier post that I rediscovered my joy of writing fiction. I am more than ready to jump right in!

There are two things I have heard over and over, when it comes to seriously attempting something:  Make your goals very specific, and write them down. So here I go…

I am attempting to finish and publish a novel. And there are four things I have implemented, or plan to: 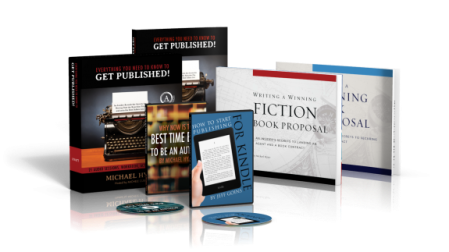 This is going to take a lot of self-discipline! But I figure, when’s a better time to start? Just this evening I told someone there are too many people who never pursue what they’re really passionate about…not enough time, not enough money, too many other things to do, or they spend too much time in front of the TV. If I have the chance to accomplish my dream, I’m going to go for it!

Of course, I haven’t given myself a specific deadline to have the first draft done… Maybe it should be January 1, 2013, considering I will be participating in NaNoWriMo. What do you think?

How have you used self-discipline to pursue your dreams, or to reach a goal?

A few stepping stones in the direction of our dreams

These past seven and a half months have been a whirlwind of uncertainty for us. We had ideas of the dreams we wanted to pursue. We thought we were working toward those dreams…by my husband quitting his job to pursue art and composing, by my working at a business where I had opportunity to learn so much, by living in a low-cost community, by my beginning this blog…

But our dreams seemed on the verge of evaporating when I quit my job at the end of 2011. We felt like we were floating in empty space. Nothing to grab hold of. Fortunately we had family willing to help us back on our feet again, by providing places to live and emotional support.

Things are so different now… Both my husband and I have great jobs! My husband has a job he never in his life thought he would have, but he is loving it. The job has regular hours, enabling my husband to have evenings and weekends free to pursue his passions. Our jobs put us in a better position to attack debt. Living in an apartment frees up our time from most maintenance projects.

The awesome thing:  the situation we were in before, we tried forcing our dreams into reality. Now, even though we struggled with the thought of losing our dreams, we are in a better position than ever! It is amazing how God makes things fall into place so perfectly.

Have you ever thought you were losing your dream, only to find things turned for the better?

Most people are surprised when they hear the choices we’ve made. I mention this in Initial Reactions….from friends, family, acquaintances….and strangers. But that’s an old post–there have been even more unexpected choices since then. Many being kicked off with our Changes in the New Year. We typically get people who are excited for us, or people thinking we’re out of our minds. Our choices tend to go against what is deemed as the American Dream….. I guess we’re anomalies. At least I thought we were anomalies, until I saw this video:

Are you an anomaly?

Pursuing a dream can inspire others. But sometimes we pursuers need inspiration too. Discovering quotes is one of the ways I get my inspiration fix. Below are three from Runner’s World :

“Dream big, but allow yourself the opportunity to start small, and have your share of struggles in the beginning. The world’s great composers weren’t writing symphonies the day they first sat at a piano.”  —Kevin O’Rourke, Marathoner

I have to remind myself that starting small and having struggles should be expected, and can be a good thing. Greatness does not happen overnight. And struggles are what make us stronger, if we let them.

“There will never be a day when we won’t need dedication, discipline, energy, and the feeling that we can change things for the better.”  —George Sheehan

Completely agree with Sheehan! I believe dedication and discipline are key aspects to pursuing a dream–see Dedication, Discipline, & A Little Loopy

“In the end I have to hold myself accountable. It is my career and my responsibility to do what I need to do to be the best I can be. I had to make a change if I really wanted to reach the goals I had set for myself. I had to get out of being comfortable and get into a situation that was going to really push me.”  —Kara Goucher on joining the Oregon Track Club Elite group

Taking responsibility and not prioritizing comfort are two things people tend to shy away from. Goucher reminds us that the path to achieving greatness goes against the norm.

And strangely enough, these things inspire me….

The other week we brought home a new addition to our family!

A little girl, with big brown eyes, we named Chloe…

Our three-legged cat, Lester, wasn’t too thrilled when he came in the house to find a 1 ½ year old brindle boxer pup staring at him. And after the first encounter with Lester’s claws, Chloe wasn’t too thrilled to spend time with the cat. Thus began the process. 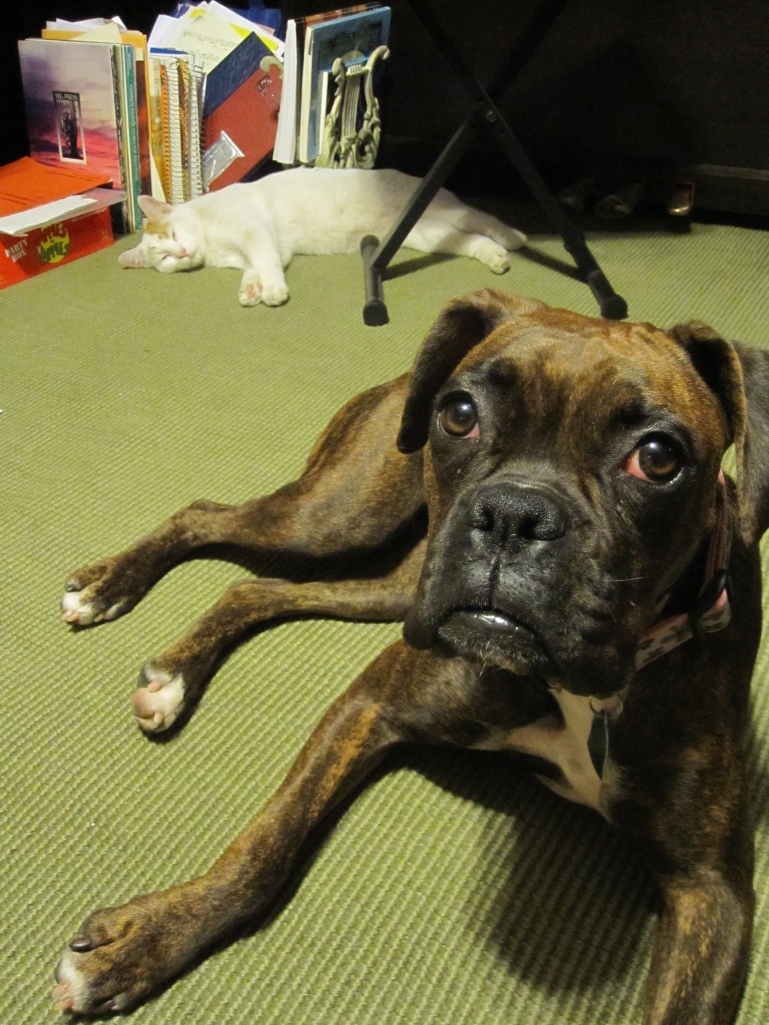 In the beginning, it typically went like this:  Chloe got too close to the cat. Lester did the stegosaurus—the hair down his back would stand on end. Lester did the snowman—all his hair would stand on end, making him poofy. Lester would hiss with his back arched—like a Halloween cat. Chloe would back up. Lester would swipe, claws extended, but made contact only twice. And all that would happen in just a few seconds.

Second stage:  Chloe would get too close to the cat. Lester did the stegosaurus with his back arched, and his right paw lifted as a threat. But no swipe. Or….Lester would voluntarily get close to the dog. Chloe would become stiff as a statue and advert her eyes. If the way seemed safe, she would slink off.

Third stage:  The dog and cat are finally willing to lay in the same room and even come within a couple feet of each other. There have been a couple nose sniffs, but interaction consists mostly of ignoring each other. Though, when Chloe’s taken outside to play, Lester has to make sure he can watch her.

And now we’re in the fourth stage:  Chloe attempts to play with the cat, by pushing a toy toward him. Lester looks at her really weird and when Chloe looks away, sneaks off. Lester attempts to play with the dog, by running alongside Chloe, but startles her. Which in turn startles him and he runs off. At the very least they are perfectly content being pet at the same time by the same person.

It won’t be long before they are playing and napping together.

Should we have taken Chloe back, instead of keeping her, when we hit the first cat vs. dog stage? If we had, we would not have the wonderful, adorable, well-behaved, loving boxer-girl we have always wanted. Lester would never have learned how to get along with a dog.

Should you quit your dream as soon as conflict arises? If you do, you will never know all the wonderful things that could result from pursing your dream. You won’t grow as a person, into who you were created to be.

Don’t forget, there are stages. It doesn’t happen overnight.

A post that explains this concept wonderfully is The Power of Incremental Change Over Time, by Michael Hyatt.

What stages, or steps, have you gone through to reach a goal?

Otherwise known as a “bad attitude”.

These past two weeks I have been sorely tempted to have a bad attitude, and sometimes gave in. Unfortunately.

Following a dream involves risk. And risks are compounded when you follow several dreams at the same time. Which is what my husband and I are doing. Risks always come with opportunities to choose a bad attitude.

I mentioned in a previous post, Financial Obstacles, that my job was not financially stable—I was hired to put finances in order. Sometimes things occur that make me feel like my input is not listened to with seriousness, or even though I am valued I am not respected for it.

Sometimes it is easy for me to view those instances as obstacles, a challenge, something capable of being overcome. Other times it feels like an insurmountable wall. When I just stare at that wall….that is when I begin displaying a “baditude”.

Depending on the situation, it might be easy to say, I shouldn’t have to put up with that. Or, am I really going to make a difference here? Or, are my efforts being wasted? 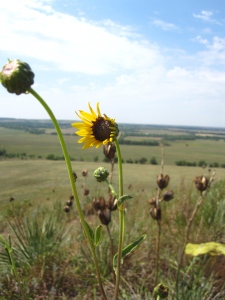 "Happiness is an attitude..."

We have been raised to believe we have “rights”. I may have a “right” to have a bad attitude. But should I? No! What does a bad attitude accomplish? Besides making us, and others around us, unhappy?

In the moment of having a bad attitude, I almost convince myself it’s okay because I am making known my frustration or disagreement. But there are better ways to communicate that.

It would be better for me to sit down and talk about what is frustrating me and why. My boss wants to dive in and address the issue immediately. I prefer to wait until I’m supposedly cooled down enough to not say anything I regret. I don’t know that either way is more correct, as long as we both approach the situation with a desire to understand.

I do not have control over someone else’s choices….but if I choose a baditude, I am getting in my own way. I will not have the opportunity to overcome obstacles others may throw in my path, because I am busy dealing with an obstacle I have given myself.

How do I approach situations where I am tempted to choose a bad attitude? Honestly, pray. I am a passionate person, and sometimes I need God’s help to rein myself in.

“Happiness is an attitude. We either make ourselves miserable, or happy and strong. The amount of work is the same.”  -Francesca Reigler